Exposure to asbestos is the leading cause of mesothelioma. This stems from when asbestos fibers become lodged into the lining of the lungs (Referred to as the pleura). This typically leads to the development of cancer cells within the body. The more exposure to asbestos an individual has, the higher their chances are of developing mesothelioma. 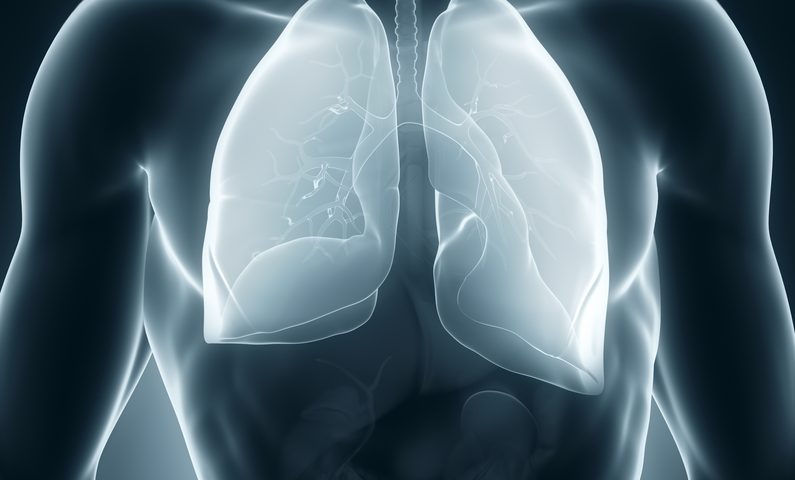 Exposure to asbestos is the leading cause of mesothelioma. This stems from when asbestos fibers become lodged into the lining of the lungs (Referred to as the pleura). This typically leads to the development of cancer cells within the body. The more exposure to asbestos an individual has, the higher their chances are of developing mesothelioma.

Up until the 20th century, mesothelioma was essentially an unknown cancer. It took years of investigation to identify that exposure to asbestos was the cause of mesothelioma. The usage of asbestos by industries worldwide drove the rate of mesothelioma occurrence up dramatically.

Over the years, studies displayed that swallowing or inhaling asbestos has the potential to cause a chain reaction that leads to multiple forms of cancer including mesothelioma and asbestosis.

The International Agency for Research on Cancer (IARC) confirmed again in 2009 that the leading cause of mesothelioma is asbestos. Any kind of asbestos exposure has the potential to cause the disease.

An update from the IARC was published two years later displaying the link between asbestos exposure and multiple forms of cancer during a World Health Organization conference. This update demonstrated that there is a significant amount of evidence to show that asbestos is a carcinogen to people. 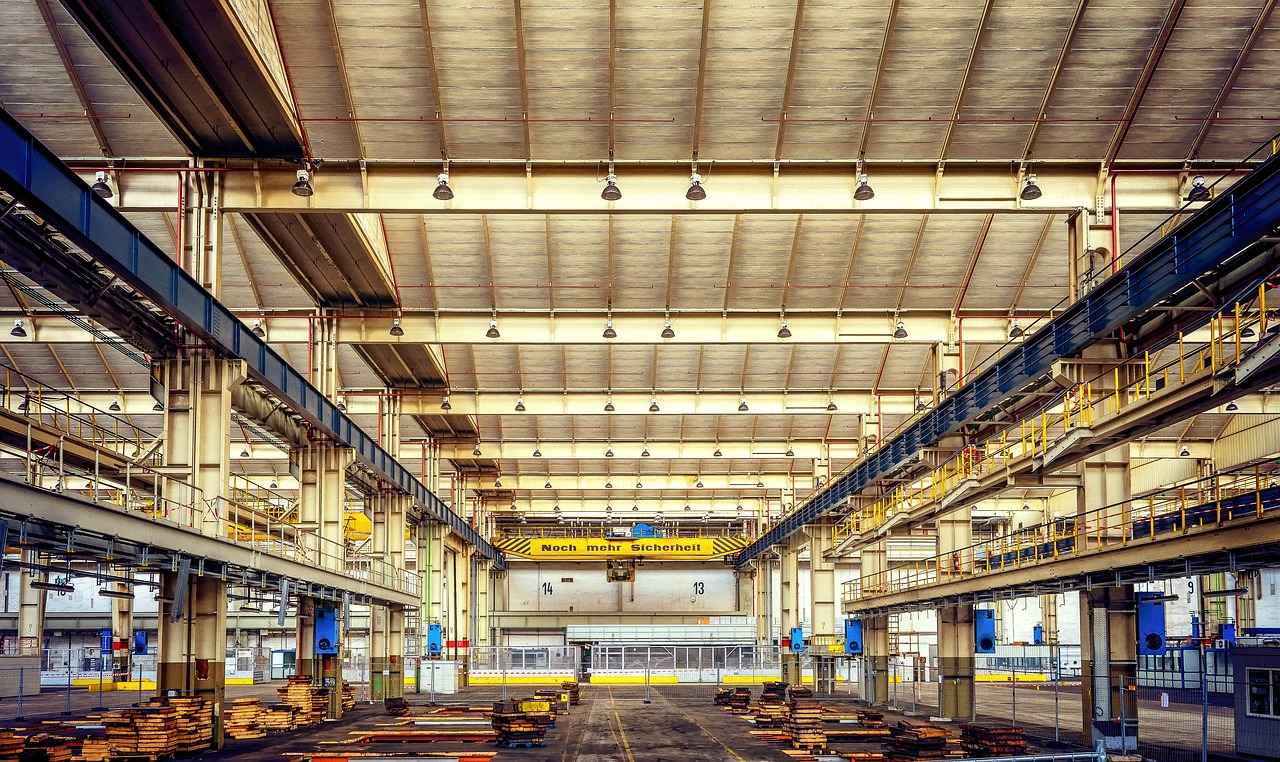 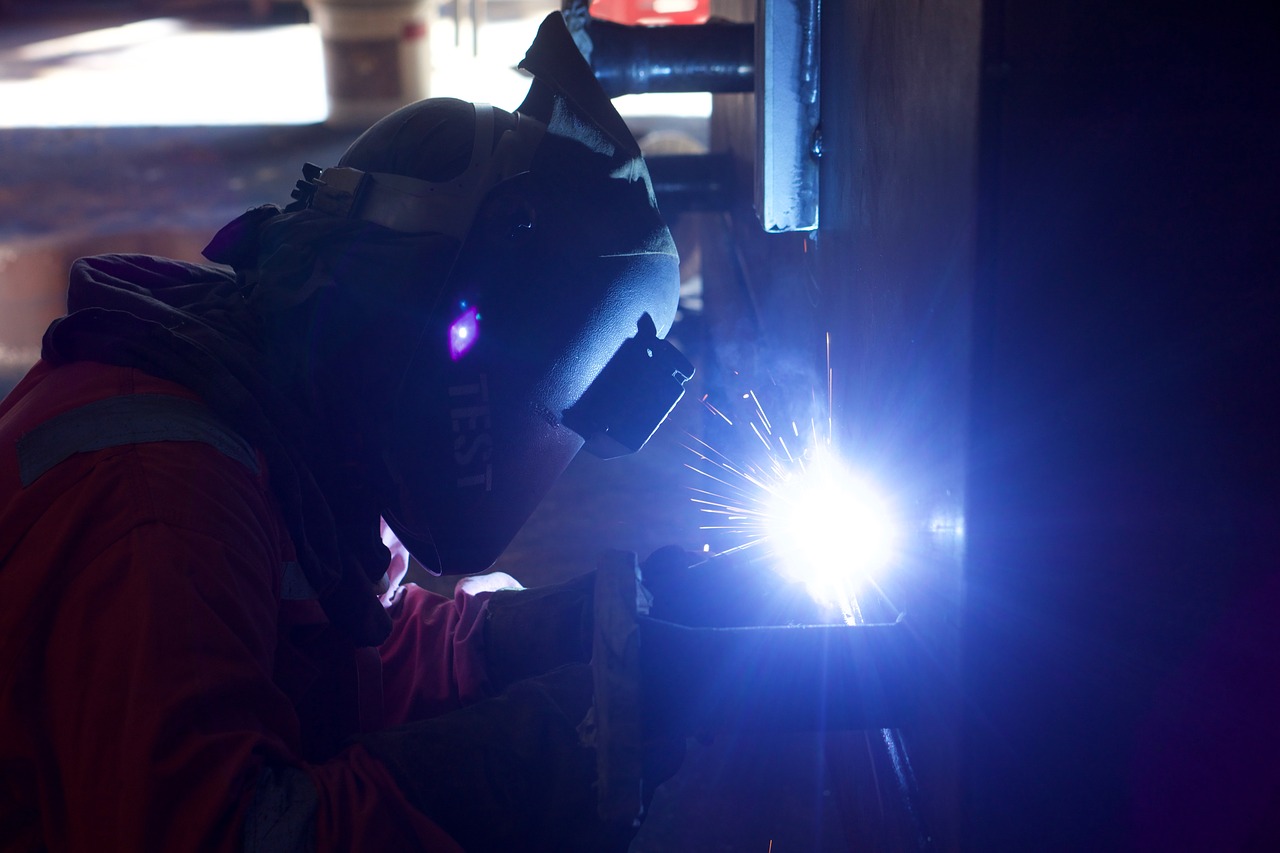 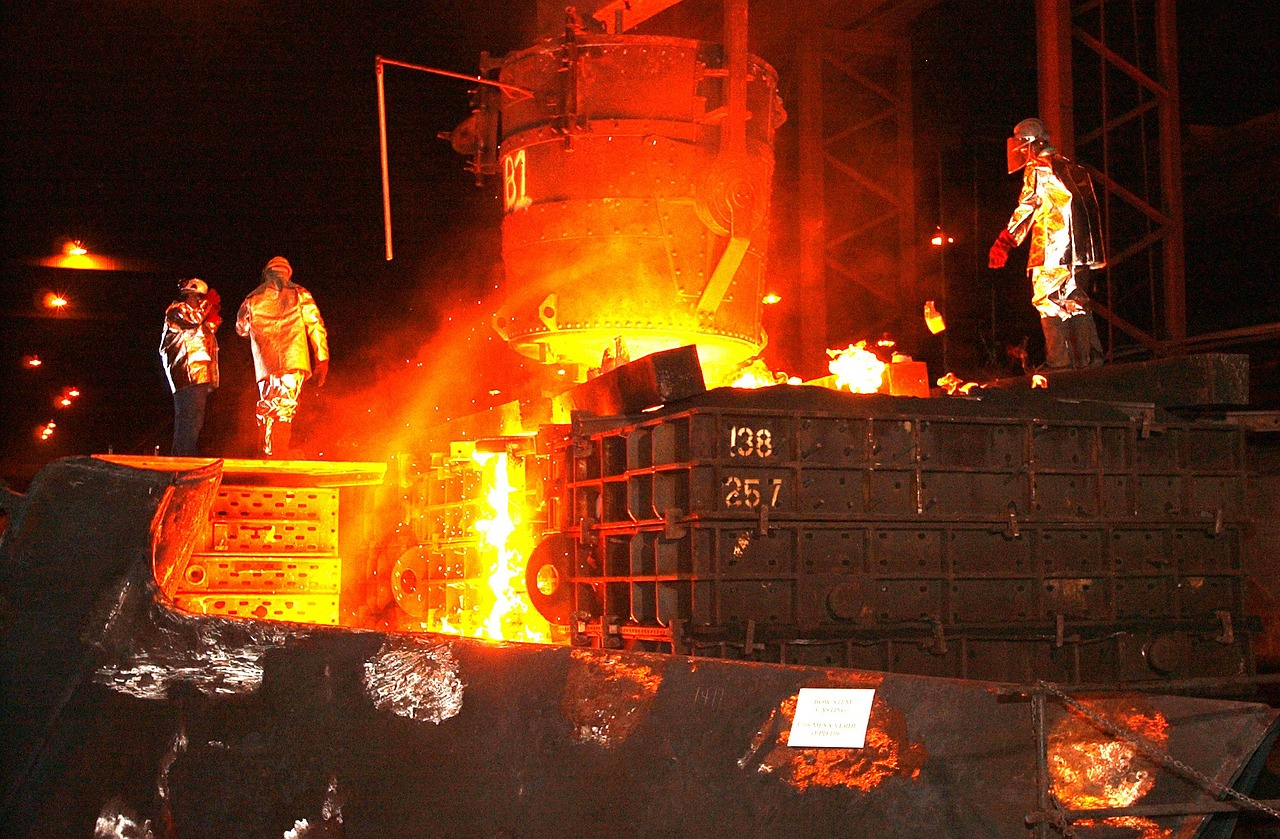 How Does Asbestos Cause Mesothelioma?

Exposure to asbestos typically leads to the inhalation of the carcinogenic fiber, the body has a difficult time getting rid of asbestos fibers once this happens.

Asbestos fibers build up overtime in the abdomen or the pleura over years and can lead to multiple forms of cancer.
The cellular membranes which cover the abdomen, heart and lungs are where the mesothelial cells begin to develop cancer.

Genetic Changes: The life cycle of mesothelial cells is disrupted when fibers enter resulting in a genetic change that, in turn, leads to cancer

Cancerous Mutations: The production of free radicals (molecules that trigger healthy cells to mutate and damage DNA) is caused by asbestos.

Uncontrolled Growth: The fibers cause the production of oncoproteins that block genes which protect cells from uncontrollable growth and tumor formation.

The relationship between asbestos and mesothelioma has a dose-response style of occurrence. This means that asbestos exposure in higher doses will typically have a higher risk of someone developing an asbestos related disease such as mesothelioma.

Director of thoracic oncology at the University of Hawaii Cancer Center, Dr. Michele Carbone, co-wrote an article in 2012 which explained the various ways that asbestos can harm the human body.

Normal human cells have genes which do their best to prevent cancer and regulate the growth of cells.

Asbestos can prevent this from happening which leads to cells dividing out of control. Cancerous tumors can form in these regions which have the potential to metastasize. This means that the cancer spreads throughout the body of the patient.

Amosite and Crocidolite are the more dangerous forms of asbestos, even though any form of asbestos can lead to mesothelioma.

Genetics can play a role in mesothelioma, especially for those who smoke cigarettes, the chances of developing asbestos lung cancer increase.

There are a few factors other than asbestos exposure which can lead to mesothelioma development:

Mesothelioma is more common in men than women and it rarely affects people younger than 45. This is because mesothelioma often takes decades to develop, and men are more likely to work in jobs where asbestos exposure occurs.

Is Smoking a Risk Factor for Mesothelioma?

Studies show smoking is not a risk factor for mesothelioma, but those who smoke and are regularly exposed to asbestos are much more likely to develop asbestos-related lung cancer. Some studies reveal the combination of smoking and asbestos exposure raises the risk of lung cancer by approximately 90 percent. 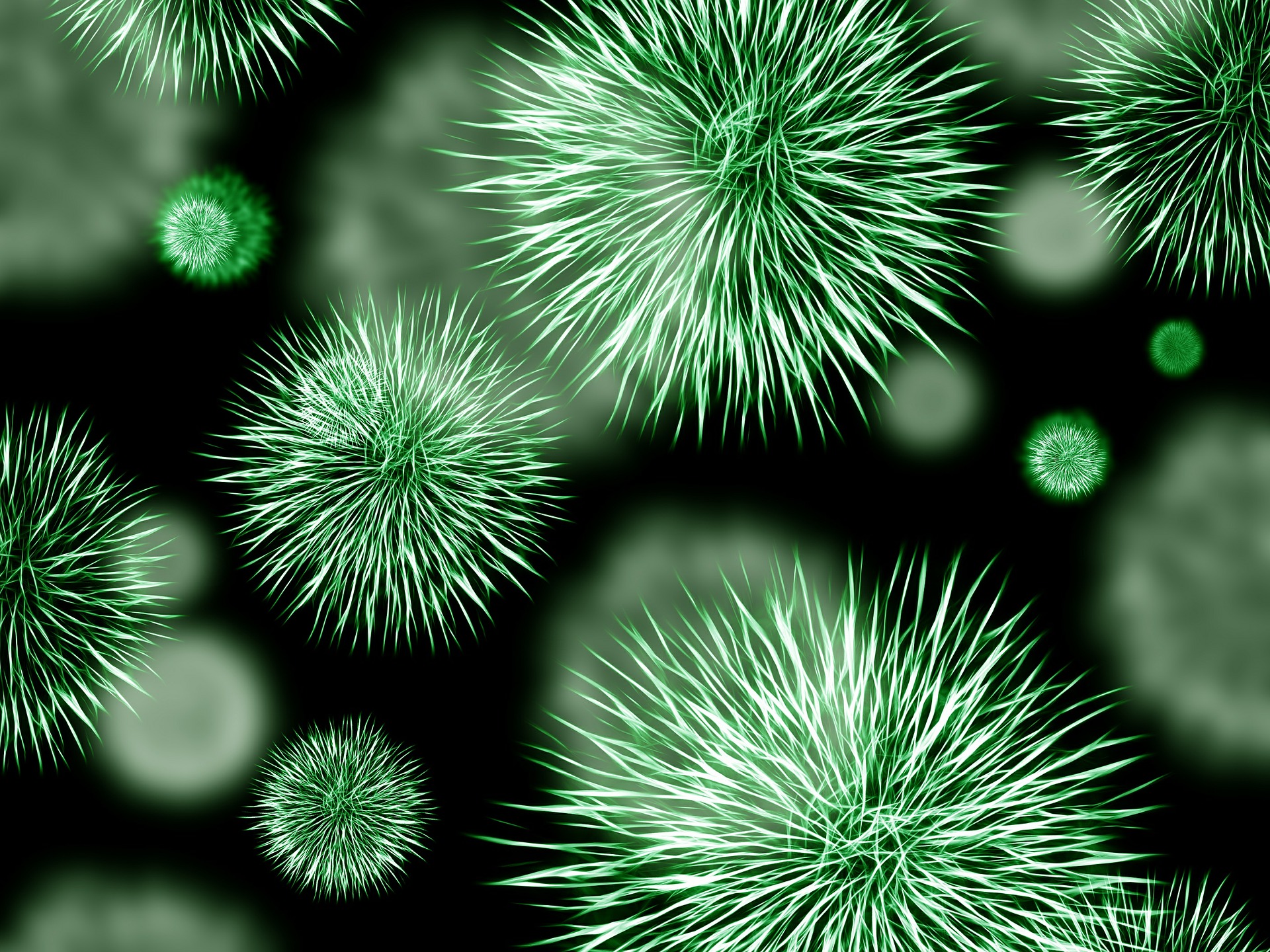 A risk factor is anything that increases the odds of developing a disease. A cause is the contributing factor that leads to a disease.

For example, although men are much more likely to develop mesothelioma than women, gender alone cannot cause the cancer.

Often, multiple risk factors are involved in the development of mesothelioma.

A study in the American Journal of Epidemiology found the longer someone works in a job that involves asbestos exposure, the higher their risk of mesothelioma becomes.

The link between asbestos exposure and mesothelioma is so strong that it can be difficult for researchers to tell if any other risk factors can cause mesothelioma on their own. Although scientists continue to study this topic, exposure to asbestos remains the most clearly defined cause.

Where Does Asbestos Exposure Occur?

Asbestos once filled countless U.S. homes and businesses in the form of insulation and fire-resistant materials.

Throughout the construction boom following WWII, asbestos was a key element in thousands of industrial and household products. Examples include drywall, wiring, glues and adhesives, ceiling tiles, cement and shingles.

The risk for asbestos-related illnesses is highest for people who worked with the raw mineral or with asbestos-containing products on a daily basis.

Some of the occupations with the highest risk include: 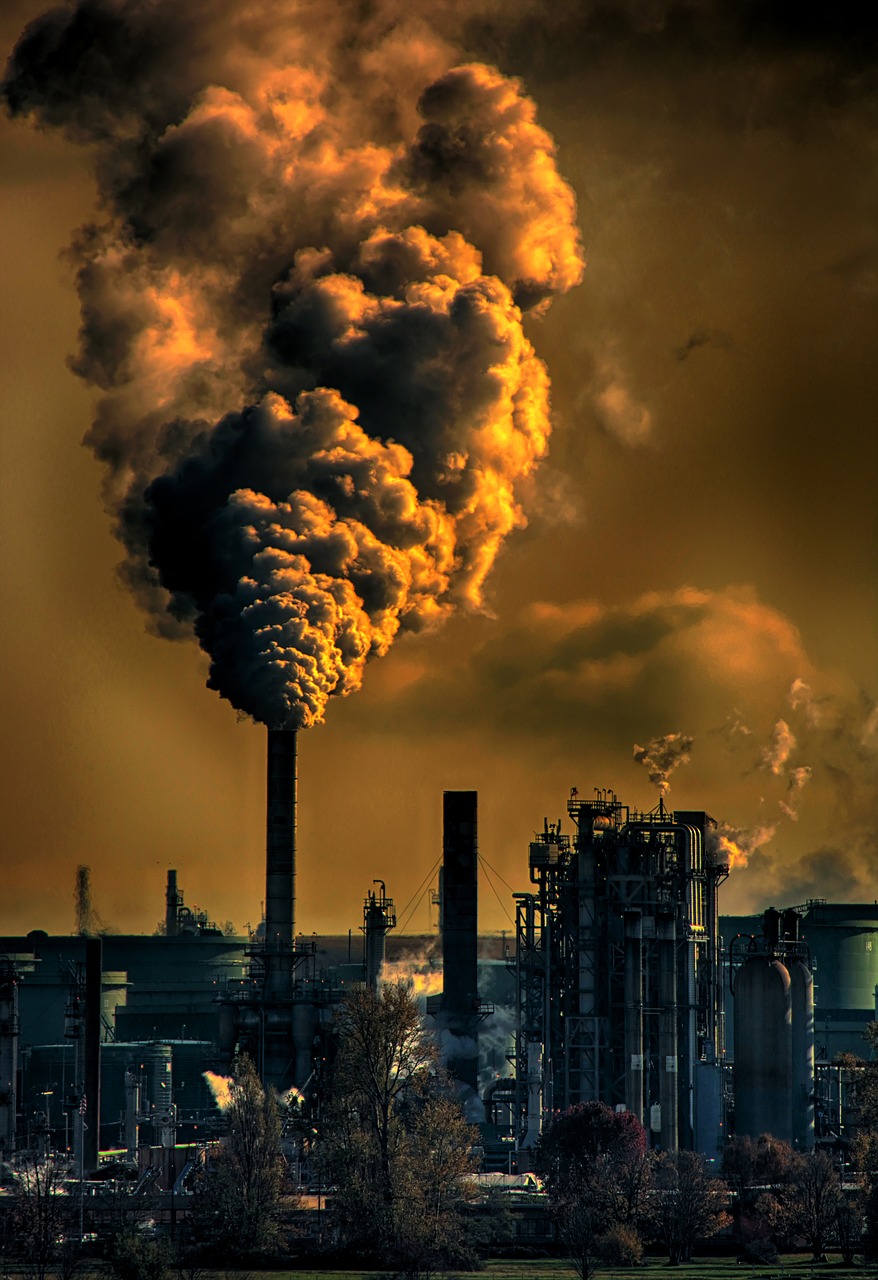 Construction tradesmen and firefighters can be exposed to asbestos while working in old homes and structures built with contaminated materials. Exposure can happen during a renovation, demolition or disaster response.

When old buildings are destroyed without safety precautions, airborne asbestos fibers can contaminate the surrounding area.

When the asbestos industry was booming, families of workers were also at great risk. Workers often came home with asbestos fibers on their hair, work clothes and tools — exposing family members to the toxic substance and increasing their risk for related diseases.

In 1995, the National Institute of Occupational Safety and Health (NIOSH) presented a study of “Workers’ Home Contamination” to Congress.

They concluded “families of asbestos-exposed workers have been at increased risk of pleural, pericardial or peritoneal mesothelioma, lung cancer, cancer of the gastrointestinal tract, and nonmalignant pleural and parenchymal abnormalities as well as asbestosis.”

Because asbestos is a naturally occurring mineral, people living near large deposits in hilly or mountainous regions also face possible exposure. Minimal amounts of the mineral can fill the air in these regions, but environmental exposure is most dangerous near former asbestos mines.

Two of the most recognized cities for asbestos exposure problems are Libby, Montana, and El Dorado Hills, California.

Libby was home to a vermiculite mine contaminated by naturally occurring asbestos. The mine, controlled by W.R. Grace & Company and operated from 1923 to 1990, is responsible for hundreds of asbestos-related deaths.

In El Dorado Hills, the EPA said asbestos levels were “of concern,” according to the agency’s report on the 400-plus air samples gathered there in 2004.

Although asbestos mines no longer operate in the U.S., people living near defunct mines continue to develop mesothelioma.

In February 2015, reports of exposure to naturally occurring asbestos in southern Nevada made national headlines. Geologists found asbestos in 150 soil samples from Nevada and Arizona, and epidemiology research showed an increased incidence of mesothelioma in the area sampled.

Geological studies show the asbestos in Nevada is much like the asbestos found in Libby. Officials in Nevada responded by taking measures to protect workers on projects that involve areas contaminated with asbestos.

Workers were exposed to the harmful natural mineral while on the job. Others, including workers’ family members, faced secondary exposure at home. Environmental exposure happened in communities that mined or processed asbestos.

Some asbestos products remain in old structures and are usually harmless — as long as they’re not disturbed. Firefighters, contractors, demolition workers, electricians and plumbers are at high risk of exposure to asbestos in old buildings.